The old backup system was marked as Beta all the time. It wasn’t perfect and there were some problematic parts related mainly to the synchronize feature. Everything would be easier if Android doesn’t prevent apps from setting timestamps for files. Also, using it to store data in the cloud wasn’t comfortable enough and there were no automatic backups available.

The new backup system benefits from the new file access system that has been introduced in the previous version. In fact, it relies on it, so you need to configure Google Drive prior to use the backup system. Google Drive is, at the moment, only supported backup storage. 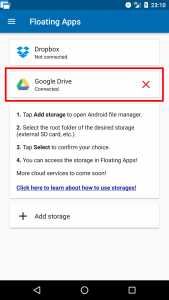 Once the storage is configured, you can access the backup screen. It consists of 4 parts: 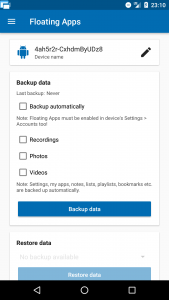 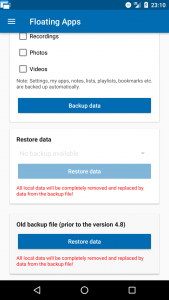 You can easily backup your device manually anytime you want. Just be sure that you set device name and then tap Backup data. It’s that simple. Processing the backup can take up to a few minutes depending on how large the backup file is. 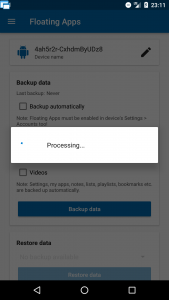 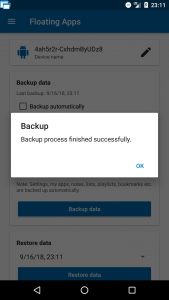 To be able to access existing backups, you must set correct device name. Once set, the list of available backups is loaded and you can select one of them (desired point in time you want to restore Floating Apps to). It takes a while to download data from Google Drive and restore all files and settings. As soon as it’s done, the app is restarted to reflect new settings.

Be careful when restoring files and settings. All existing local data is removed and replaced with data from Google Drive. Everything you have created after the backup is discarded including notes, lists, counters, etc. 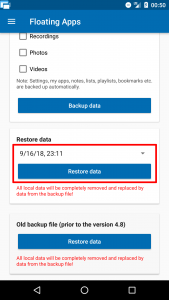 Automatic backups use Android’s Synchronization Framework and that means that you need to enable it both in Floating Apps and also in device’s Settings > Account. Enabling it in Floating Apps is as easy as ticking one checkbox. 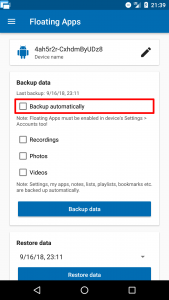 In Settings > Account, it should be enabled by default. You don’t need to do anything. You can check whether everything is okay and looks like in the screenshots below. 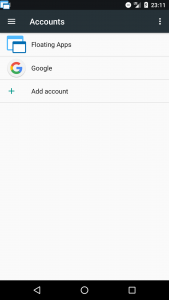 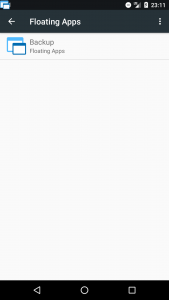 When enabled, the device is backed up once per day. Android may re-schedule the process to be done together with other backups and synchronizations so it may not go on exact time.

It’s really that simple to protect your precious settings!