Newly, there is an option to remove ads with in-app purchase in the free version. It’s cheaper than going for the full version but doesn’t come with apps that are only included in the full version.

Of course, it would be better if the app is completely free but we wouldn’t have money for the development, paid translations, support, servers, and necessary services.

In fact, this app is just a product of testing some technologies but it’s good to go, so we’ve included it into Floating Apps. It’s as easy as it can be. Just launch the app, confirm permission for taking screenshots and tap the button.

This app is very similar to normal floating Facebook but uses a different version of Facebook’s mobile website that is simpler and consumes less CPU and mobile data. 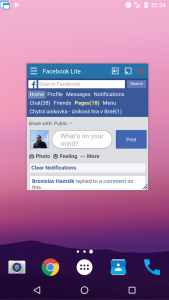 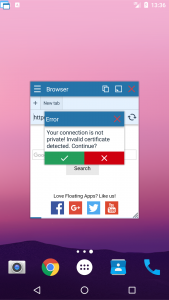